LINE UP Fernando Ribeiro – Vocals Ricardo Amorim – Guitar, Backing Vocals Pedro Paixão – Keys, Guitar Aires Pereira – Bass Hugo Ribeiro – Drums INFOS "We are nothing, therefore we are everything..." MOONSPELL is approaching their 30th anniversary as a band more ambitiously and stronger than ever, as the Portuguese dark metal pioneers have finally revealed the hotly anticipated details for their upcoming, 13 th studio album! Hermitage will be released on February 26 th 2021 via Napalm Records. While the world is struggling in the dark, MOONSPELL’s forthcoming album was recorded, mixed and mastered by Jaime Gomez Arellano (Paradise Lost, Primordial, Ghost, Sólstafir & many more) at the Orgone Studios in the UK. Building upon the sensitive facets of Hermitage, one can expect an entertaining and revolutionary, yet epic journey through the darkest days of human existence. Beautifully crafted songs such as “The Greater Good“show us the modernity of the wolves in 2021, while other tracks embrace the MOONSPELL tradition of writing a dark, gothic metal record like no other band can. The ethereal and melodic sounds of MOONSPELL, while not straying away from their metal roots -- influenced by underground metal bands such as Bathory -- make Hermitage most likely one of the deepest, surprising and most epic albums MOONSPELL has ever written. Today, the band is sharing the first song taken from Hermitage, the album opening track “The Greater Good”. Lead singer Fernando Ribeiro reveals: “The Greater Good is a sociological concept implying the benefit of the public, of more people than oneself. To do which is better and more correct.
Unfortunately, a lot of wrong- doing and pure evil actions were taken on behalf of this principle both by world leaders, and citizens. With a “screenplay” designed by myself, and put together by director Guilherme Henriques (Gaerea, Crippled Black Phoenix, Schammasch) The Greater Good strikes at the deep contrast of our priorities as human beings. The plot evidenciate the daily clash between the problems we could never or never wanted to solve; and our “first world preoccupations”. The cult of the body versus the African famine; the killing of the innocent versus the second amendment; the beauty of monuments against the ugliness of violence.

We are all responsible for the things we see here. For the greater good, for the greatest evil. It’s not a question of race, gender, class or education. It’s a question of conscience. It’s vital we renew our communities’ ties, our humanly behavior. Only we can save us from ourselves.”  Watch the haunting lyric video for “The Greater Good”, in a worldwide premiere here: https://youtu.be/nv-zHPEkZ4c Like this first appetizer showcases, with Hermitage MOONSPELL created a wonderfully intuitive and epic journey, but also a testament to what they’ve always loved the most: Honest, emotional metal that binds us even in the darkest times. As Fernando tells us more about the upcoming MOONSPELL album: “We know that we are entering the final years of our career as musicians: the winter of our lifetime. We don’t care about people saying we’re still young at heart, or “leading” wolves in a pack. We are not! But we do care about how those around us feel about us, and this album is all about how we feel, our answers to your questions.
Under these circumstances, we feel our musical stakes are higher than ever. For us, it’s not about likes or algorithms, reach, or opportunity of growth. We only care about the music. Music does come first on this album you will hold in your hands soon enough.” He continues: “The record is about turning our backs to the conventions of modernity. We are currently convincing ourselves that it’s all about us, that we (humanity) are everything. That the world revolves around us.
However, ipsi facto, we are nothing and nothing revolves around us. Moonspell’s goal, on these last turns around the Sun, are to write the best music we possibly can. To tell you a few stories with our lyrics, to be close to you in these times of distancing. We wish not to tease you or to influence you or to sell you our fish. We want to sit down with you at your table and feast together upon our notes and words. Like if we were close friends, like back in the time where music matters the most. In your bedroom listening to music, without having to post our smart remarks about it, inviting the hate in.

Hermitage is an open-hearted invitation to simplicity. To be humble. To be thankful. To serve you solace. Provide you comfort, entertainment. We sincerely hope this call reaches you. That you kindly accept what we offer. That you take our music with you to the place you must feel as yours. To your secret place, to your hermitage. Blessed be.“ Hermitage is slated for a release on February 26, 2021 via Napalm Records, and will be available in several highly limited and collectable Deluxe and Die-Hard Editions, Mediabook, Cassette, all of them including the Candlemass Cover "Darkness in Paradise", but also Jewelcase, and Digital formats. The Deluxe Box will also include an etched 7’’ Vinyl with another special bonus track, “The Great Leap Forward", as well as much more exciting additional collectable items! The album pre-sale has just started at THIS LOCATION **** Just recently, MOONSPELL played and streamed a special Halloween live show at the historic theatre, Pax Julia, in Beja – Portugal. By public demand, the band now made the show available again to stream it worldwide! Available until December 16 th , grab your digital ticket and watch MOONSPELL’s breathtaking, high-voltage concert at THIS LOCATION! **** TRACK-LISTING 01. The Greater Good 02. Common Prayers 03. All or Nothing 04. Hermitage 05. Entitlement 06. Solitarian 07. The Hermit Saints 08. Apophthegmata 09. Without Rule 10. City Quitter (Outro) Bonus Tracks: 11. Darkness in Paradise (Candlemass Cover – LP, Box, MC + Mediabook) 12. The Great Leap Forward (7" Vinyl – Deluxe Box) 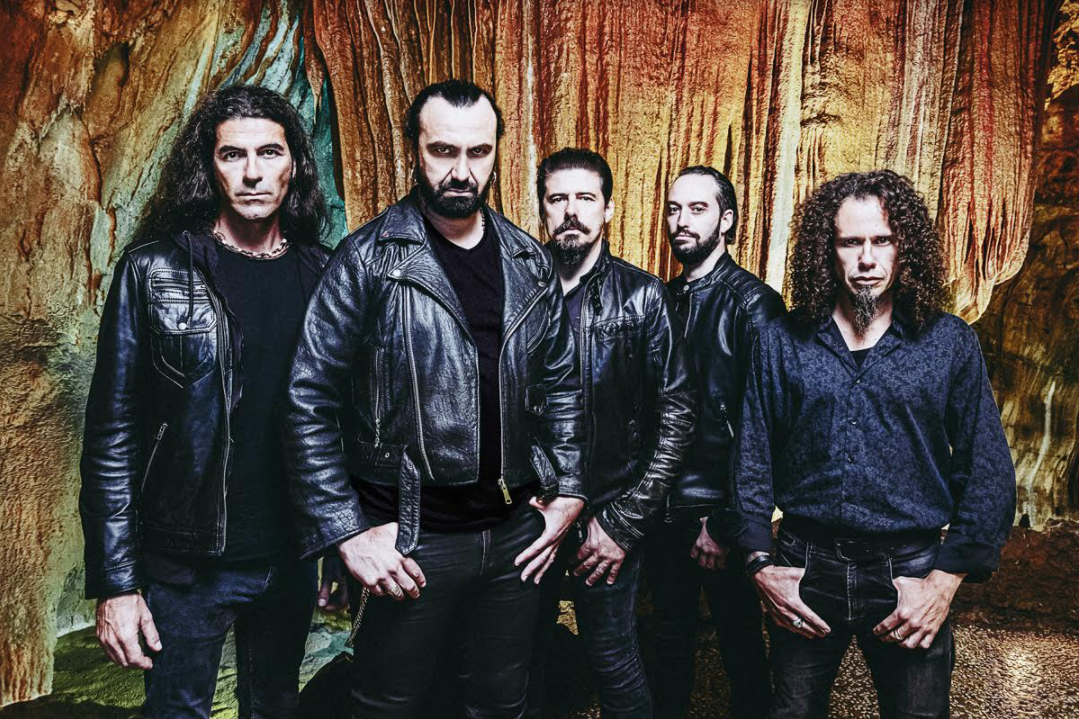